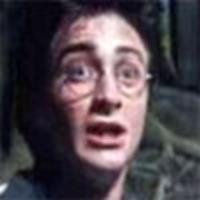 Note: The full Harry Potter 3 trailer, plus other goodies, is now available! The story below refers to an entirely different preview shown on BBC, of which an higher-quality version can be seen here.

We've got the new Harry Potter and the Prisoner of Azkaban trailer recently seen on BBC's Film 2004 with Jonathan Ross. Thanks very much to Richard for sending it in! Enjoy.

DanRadcliffe.com has also created some screencaps

points out that this could be an extended version of the 30-second Super Bowl spot, which means it's technically a teaser, not a full-blown trailer. Trailers generally include more dialogue and use actual music from the film's score, which John Williams is still working on.