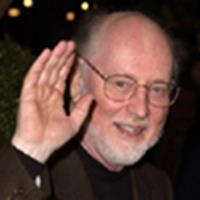 'Prisoner' soundtrack to arrive in May

According to the John Williams Fan Network

the soundtrack for Harry Potter and the Prisoner of Azkaban will be released on CD in May - one month before the release of the movie.

is currently finishing the score which he will then record in London next month. The first teaser trailer of the film featured the song Something Wicked This Way Comes which was composed and recorded by Williams last year.

On another note, Williams is to receive the Academy of Science Fiction, Fantasy and Horror Films Lifetime Achievement Award

during the 30th Annual Saturn Awards

, to be held o­n May 5. His body of work includes Jaws, E.T.: The Extra-Terrestrial, the Star Wars trilogy, Superman: The Movie, and the recent Harry Potter films.