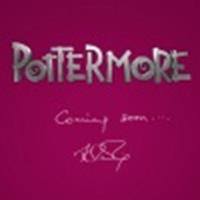 As any Harry Potter fan who hasn't been on another planet, or perhaps simply away from the internet and newspapers for the past week, will no doubt know, J.K. Rowling's mysterious project Pottermore

While no full video of the event is available (excepts can be viewed here), a rather extensive transcript of the announcement is now available featuring even more clues as to what to expect come October.

Important excerpts from the event can be viewed below, to view the whole transcript courtesy of our friends at Leaky, click here

Rowling on why the decision to create Pottermore came about:

"Pottermore has been a really great way to give back to the Harry Potter readership, who made the books such a big success. I am still receiving countless, a huge amount of mail - I thought it would really drop off by now. Stories, drawings, suggestions I write prequels, sequels, every week."

"This site is just a fantastic way for all that fan creativity to continue. It’s been an amazing experience for me to be able to be creative in this medium that didn’t exist back in 1990 when I had the idea for the books. And it will be a wonderful way to introduce the digital generation to the books."

Rowling on whether she will ever publish a print edition of the Encyclopedia:

"Will there ever be a book, I don’t know at the moment. The world has kind of outstripped me in the sense that back in 1998 I generated a lot more material than would ever be put in the books. It was simply ridiculous that anyone - to me at the time, I thought, who would ever want to know the significance of these types of wand woods? This was all in my head. So the only way I could imagine I could get that material out there was in the form of a printed book."

"Now, you can go and look and see what the significance of the wand wood once what you’ve got your wand. You have to read it all, but it’s such a rich experience to do it this way."

"Will there ever be an encyclopedia? Possibly. I would say two things about the encyclopedia: firstly, I’ve always said and I stand by it, whenever I do do a printed encyclopedia I would like all the proceeds to go to charity. Back in 1998 I never dreamt I personally I would be in the position that I could set up a large charitable foundation and personally do things for charity, and I’ve done other charity books already."

"The other thing is, this is free. You don’t have to buy anything to access what you’ve seen today. You don’t have to pay to get the extra material, you don’t hve to buy a single thing to go onto Pottermore and have the whole experience you’ve just seen. That was really important to me. This was about the give-back. The technology now existed to do something outside the books and the films for existing fans."

Once again, to read the full (and quite extensive) transcript, it is only a click away