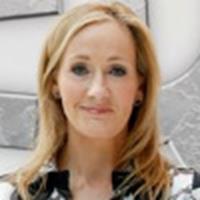 As new information continues to be released from this morning's Pottermore

announcement, a video excerpt from the press conference is now online, including several clips of explanation from J.K. Rowling.

The video excerpt from the AP can be viewed via the Washington Post, right here

and features new information not included in the Pottermore announcement video, including some rather interesting anecdotes from Rowling herself.

We will have all Pottermore information for you right here on HPANA as we move closer to its release date.

Catch up on all Pottermore news right here.