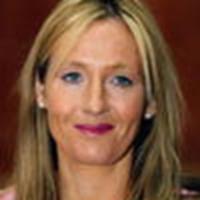 gives an interview to USA Today

, sharing her thoughts about the Harry Potter and the Prisoner of Azkaban movie. In the article, she talks about the film's director Alfonso Cuarón, the dementors, and the eerie foreshadowing of what's to come in the last two books of the Harry Potter series:

Here's an excerpt of the full article

It is almost as eerie as one of the plots from her beloved best-selling books.

Harry Potter author J.K. Rowling says that Alfonso Cuarón, who directed The Prisoner of Azkaban, which opens next Friday, inadvertently foreshadowed events that will happen in books six and seven, which she has yet to complete.

"I really got goose bumps when I saw a couple of those things, and I thought, people are going to look back on the film and think that those were put in deliberately as clues," Rowling says in an interview released by Warner Bros., which is distributing the movie.

Rowling cites Cuarón's "good intuition about what would and wouldn't work" in his film version, which is a less by-the-book take on her novel than the previous two films....

...[Rowling] sees the movie as "Alfonso's version of my world. It's his baby. For the very obvious reason that books and films are such different media, to do a very literal adaptation maybe wouldn't serve the material best, and I think he's done exactly what I hoped he would do. He's put a lot of humor in there, and I think it's fantastic. I'd be very, very surprised if most people didn't find their favorite parts of the book in that film."