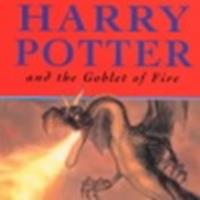 The alleged plagiarism suit made by the estate of Adrian Jacobs against J.K. Rowling and publisher Scholastic, Inc. has been thrown out

today by a U.S. Judge, in yet another in a series of unsuccessful suits against the Harry Potter franchise.

Scholastic is extremely pleased that Judge Scheindlin decided to dismiss, at the earliest stage possible, the lawsuit brought against Scholastic by the estate of Adrian Jacobs. The Court's swift dismissal supports our position that the case was completely without merit and that comparing Willy the Wizard to the Harry Potter series was absurd. Judge Scheindlin clearly agreed, stating: "...the contrast between the total concept and feel of the works is so stark that any serious comparison of the two strains credulity." Scholastic will continue to vigorously defend any such frivolous claims challenging the originality of Harry Potter and the brilliant imagination of its author, J.K. Rowling.

For anyone interested further in the case, listen to two terrific Hogwarts Radio

episodes on the subject: