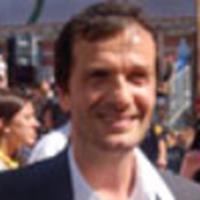 David Heyman spoke more about the delay of the Harry Potter and the Half-Blood Prince movie. As well as telling us that the film is complete, although they are adding one small change to it soon.

It's a shame and it's frustrating in a sense as any creative person," he continued. "It's nice to put what you've done behind you before you move onto the next and this is still lingering over us until July next year, but also, we'll have to take a week off shooting to do publicity, which is a little bit disruptive. It's not ideal but at the same time, I fully support it, because as I say, they give us the freedom to make these films, and they pay a lot of money.

He also added some insight into the process of making a Harry Potter film and dealing with Warner Brothers:

They (Warner Brothers) give us the money, they read a draft of the script. I choose the director, we make the film, they come and visit. We show them a cut of the film, they say they like it, they give us some notes, we make the changes that we want to make. We test screen it once and show it to them, and then the movie is released. They've been so supportive that one has to support... they needed it.

They also spoke briefly to David Thewlis, who is currently collaborating with David Heyman on The Boy in Striped Pajamas, who mentioned that the romance between Lupin and Tonks is being set up for Deathly Hallows during Half-Blood Prince.

Update: A new interview with David Thewlis has been released from the same event, in which he talks briefly about Deathly Hallows, you can read the interview here