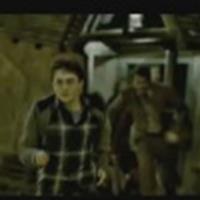 Attack on the Burrow

You've read it right, the international teaser trailer for Harry Potter and the Half-Blood Prince has emerged online without warning. It is 1 minute, 33 seconds in length and contains numerous new scenes from the film.

on Trailer Addict today, features glimpses of Voldemort, Dumbledore's ring of fire, a bit of dialog in the cave, action at the Burrow and a particularly funny bit between Harry and Hermione!

from the trailer in their galleries. Thanks Leaky!

UPDATE II: You can now read a shot-by-shot report

of the trailer courtesy of MTV.com.