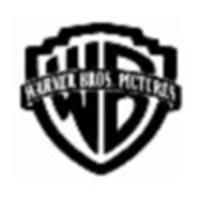 that the release date for Harry Potter and the Half-Blood Prince has been pushed back and will be released on July 17, 2009 instead of this coming November. This news has been confirmed to HPANA by Warner Bros.

Our reasons for shifting Half-Blood Prince to summer are twofold: we know the summer season is an ideal window for a family tent pole release, as proven by the success of our last Harry Potter film, which is the second-highest grossing film in the franchise, behind only the first installment. Additionally, like every other studio, we are still feeling the repercussions of the writers’ strike, which impacted the readiness of scripts for other films—changing the competitive landscape for 2009 and offering new windows of opportunity that we wanted to take advantage of. We agreed the best strategy was to move Half-Blood Prince to July, where it perfectly fills the gap for a major tent pole release for mid-summer.

The release date change does not alter the production schedule for this or future Harry Potter films. Post-production on Half-Blood Prince was completed on time, and the studio’s release plans for the two-part Harry Potter and the Deathly Hallows will not be affected by this change. We know Harry Potter fans are eagerly anticipating seeing the final chapters unfold onscreen. In fact, the good news for them is that the gap will now be shortened between Half-Blood Prince and the first part of Harry Potter and the Deathly Hallows.

When Jeff Robinov explained the rationale behind moving the release date of Harry Potter and the Half-Blood Prince to July 2009, it was immediately apparent that this offered us the potential to reach the widest possible audience. I am extremely proud of this latest film and of the work of David Yates and our incomparable cast; I believe we have developed and pushed the series further still. We are all looking forward to sharing it with Harry Potter fans around the world, even if we have to wait just a bit longer.

Potter site has been updated with the new release date.

UPDATE II: We don't normally do this, but fan reaction to this news is understandably heated (to put it mildly) and we thought it would be fun to post links to petitions that will try to convince WB to rethink their decision. (No offense, but it will have no effect whatsoever except to make them feel bad -- momentarily -- before going back to counting money --Ed., Cheeser.) Feel free to send links to any petitions you find!

Reflecting today's announcement that the release date of Harry Potter and the Half-Blood Prince has moved to July 2009, IMAX Corporation confirmed it is already exploring alternative titles for this year's holiday season and is confident it will secure a solid film for the IMAX(R) theatre network.

"The picture is completely, absolutely, 100 percent on schedule, on time. There were no delays. I've seen the movie. It is fabulous. We would have been perfectly able to have it out in November."

UPDATE V: 16-year-old explodes due to delay of 'Harry Potter 6'