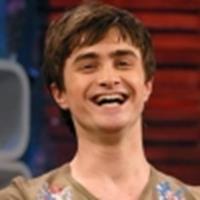 A departure from his publicly known musical preferences, Radcliffe will try his hand at techno/Dutch pop style songs. The actor began an infatuation with the genre in 2007 and recorded a few demos that are published on a shadow band's MySpace

Radcliffe, who is already coming to New York later this year for a Broadway run of the hit West End play Equus, is said to be looking forward to playing in small venues as the band builds up its repertoire.