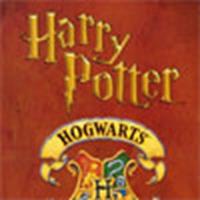 today a collectible gift set and high-definition versions of all the previous Harry Potter films, available for purchase Dec. 11 along with the debut of Order of the Phoenix on home video.

The gift set will include bonus discs featuring a "Hogwarts Challenge" and three hours of all-new content, as well as souvenir bookmarks and trading cards:

Seperately, WB is offering high-definition versions of each film, a promise they made last July:

"Pottermania" continues as the Harry Potter films 1-4 are offered for the first time in HD DVD and Blu-ray ($29.99). The High Definition versions will include all the extra content of the Giftset's two-disc versions and, for a limited time only, both versions will contain a set of four trading cards specific to the title purchased. The Harry Potter films 1-3 will be available individually in Standard Definition also with the trading cards, at a new low price (each $14.97). Harry Potter and the Goblet of Fire is only available at this price for 60 days, after which it will sell for $19.97.