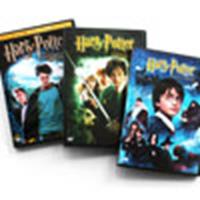 Warner Bros. has confirmed to HPANA that it plans to pull all of the first four Harry Potter DVDs off store shelves by early 2007, with no announced plans for their return.

Sorcerer's Stone, Chamber of Secrets and Prisoner of Azkaban will become unavailable after December 29, 2006. Goblet of Fire will follow suit on February 9, 2007.

, the move may indicate WB's interest in stoking sales this non-Potter holiday season, or preparing for newer editions of the films on HD-DVD or Blu-Ray technology.

Called a "moratorium," the practice is commonplace in the home video industry. The most notable instigator is Disney, which often locks away movies in their "vault" to stimulate sales and publicity.

Thanks to Matthew for the tip.