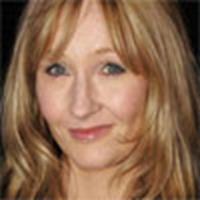 Bringing you Harry Potter this summer, in a huge way

Beginning later this month, HPANA will be covering all the bases in Harry Potter world as we build up to the nearly simultaneous release of Deathly Hallows (book 7) and the Order of the Phoenix film this summer. From all around the U.S., to Japan, London and Edinburgh, HPANA will have feet on the ground, reporting the very latest news and publishing pictures right from the source.

Truly international coverage begins in just a few weeks when HPANA attends the official London press junket for Harry Potter and the Order of the Phoenix. We'll be talking with stars of the movie (Daniel Radcliffe, Emma Watson, Rupert Grint and Imelda Staunton), director David Yates, and producers David Heyman and David Barron (the 3 D's). Also this month, our full set visit report will go online, from our time at Leavesden Studios last September.

The real action starts in July. HPANA will have reporters in London and Hollywood for the red carpet premieres and media events for Phoenix, and while on 2007's HP Fan Trips

this editor will bring you word on the street straight from Edinburgh and London as book 7 is released.

On top of all that, you already know HPANA is the place to discuss your Potter preoccupation with one of the largest, most active fan forums on the Internet. (But did you know that by registering -- for free, of course -- you disable all those annoying pop-up ads on the site?)

Finally a word about spoilers (for both the book and movie): HPANA will never publish a spoiler in plain sight. Our reviews of the movie will be held until the last minute, and nothing about the book will see the light of day unless it comes straight from JK Rowling, her agents, or the publishers; even then it will be posted with a spoiler warning. Based on HPANA's experience with book six, we will have to implement some rather unfortunately strict (and radical) changes on the site during the run-up to book seven's release. Details are still being worked out, but as HPANA is such an interactive forum, these changes will run deep into every aspect of the site that allows fan interaction. Tentatively -- and in the most simplistic sense -- HPANA will go into a sort of "lockdown" mode the moment rampant spoilers start seeping onto the web. This means most people will only be able to read what we've posted, and not comment or otherwise participate in a dialogue with the site.

We sincerely hope this coverage, with your spoiler protection in mind, will help you choose HPANA as your home for Harry this summer. Based on history, we expect to see a lot of new faces in the forums (tens of thousands, judging by the last book).