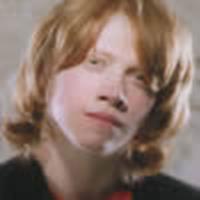 his desire to continue to play Ron Weasley in the Harry Potter movies.

I want to do all seven and hopefully that'll happen.

It'll be weird when it's all finished because it's been a huge part of my life. I started when I was 11 and I'm 18 now.

Rupert, who will be attending a screening

of his movie Driving Lessons at the Edinburgh International Film Festival on Saturday also commented on the fact that he recently failed in driving test and cannot drive his new mini.

I failed my test and I'm gutted and embarrassed that I can't drive. I only failed on one thing. I didn't look behind me on a three-point turn.

But failing on one thing is more annoying than failing on a few things. But I'll pass next time.

I've actually bought a Mini. My dad sits in the passenger seat when I want to go somewhere. It's black and I've pimped it up.

You can view all the trailers for Driving Lessons here

Rupert is currently filming the fifth movie, Order of the Phoenix, which is set for release next July, and has been signed up to star in the sixth film, Half-Blood Prince, which is scheduled for a November 2008, when Rupert will be 20.