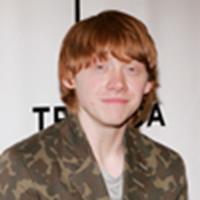 'Lessons' to be previewed at Edinburgh Film Festival

Rupert Grint and Julie Walters, from the Harry Potter movies, will have their latest movie Driving Lessons previewed

, which takes place from August 14th through the 27th.

Also scheduled to appear at the festival is Sean Connery from the James Bond movies.

UPDATE: Thanks to Andrew for letting us know that Alan Rickman's latest movie Snow Cake will also be shown at the festival. You can read a full list of movies that will be screened at the festival here

In other news, Driving Lessons will be released

in the UK on September 8th and in the U.S. it will be in limited release

Thanks to The Snitch

for the release dates of the movie.

to make an appearance when it is aired at the festival on August 26, ahead of its September 8 release.