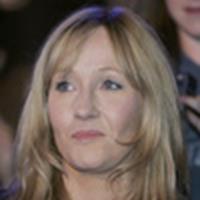 Rowling to read at Queen's birthday

Last month we told you

that JK Rowling would help Queen Elizabeth celebrate her 80th birthday on June 25th. It is now being reported

that Ms. Rowling will be reading from "her next Harry Potter book," this is not true as Ms. Rowling has never read from a book before it was published in any arena.

For the celebrations Windsor Castle will be turned into a theme park with a Winnie the Pooh’s Hundred Acre Wood; Peter Pan will duel with Captain Hook aboard a pirate ship on a lake; a Mary Poppins musical and the Royal Ballet performs in Beatrix Potter costumes. The event will also be broadcast on BBC, please check your local listings.

The article also states that Dan Radcliffe will be attendance, please note that this has not been confirmed & is highly unlikely due to his exam schedule.

UPDATE: As I stated earlier, the above mentioned book will not be book 7 as TLC

has confirmed that Jo still has not decided which book she will be reading from at the event.