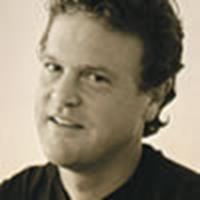 The Los Angeles Times has a feature on the man responsible for adapting the Harry Potter books from text to film, screenplay writer Steve Kloves

On working on the latest film installment Goblet of Fire...

"Last Christmas, Mike looked at footage and decided he wanted to emphasize certain plotlines," Kloves says. "Not a lot of work, but very meticulous throughout the whole script. I was still writing lines in June and July."

On the characters in the Half-Blood Prince...

"This is a coming-of-age story for Harry," he says. "And at some point he has to make the journey alone. Which he can't if Dumbledore is around to protect him." ... He is happy that Snape plays such a large role in the sixth book, mainly because he loves writing for Alan Rickman, who plays the professor. "It's hard because if you look at the books, Snape really just sort of hovers, as a threat, more than actually does something."

On working on the screenplays...

"I don't spend a lot of time on the set," he says. "I never have. Because I think as a director myself I would be too tempted to get in there and mess around.... Jo (Rowling) has been very generous and helpful. She won't give anything away but occasionally she'll give me a wink, or let me know if I'm picking up on something that is going to become important later."

You can read the full L.A. Times article here

Additionally, the Writers Guild of America has recently published an interview with Kloves where he discusses the structure of the books and writing for movies. Here's a tidbit:

Jo's plots are fiendish. I used to joke that the one element, if there is a recipe to her plots, is that there's always the “Dumbledore explains it all” scene. In the books, that's kind of the way it works because you don't know what's going on and then Dumbledore tells you.... I'm not the greatest guy when it comes to structure. I see movies in terms of rhythm more than structure. I see movies like music; going from one scene to another and the rhythm of each scene.

Goblet of Fire? For me it's social comedy. Puberty is an odd word for it. It's a line that I wrote that they're using for the tag line for the ad: “Everything will change now.” For me what it's about is the fact that nothing will be the same at the end of this movie; it's a real curtain. The series is a completely different beast after this.

You can read the full WGA article here