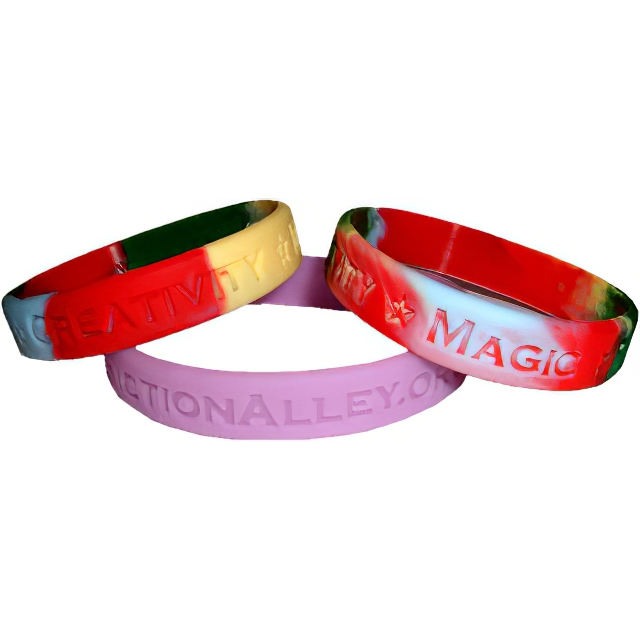 This just in from our friends at FictionAlley.org

Friends and fellow Harry Potter fans remember a teenaged writer through a scholarship fund, and help others fulfill their dreams.

FictionAlley, the largest Harry Potter fanfiction/fanart/discussion site on the Internet, has launched a fundraiser to raise thousands of dollars for a scholarship fund named after a teenaged writer who died of leukemia earlier this year. The site is selling wristbands online and will have them available at Harry Potter parties around the world on July 15 in conjunciton with the release of Harry Potter and the Half-Blood Prince.

In March of 2005, thirteen year old writer Katie O'Brien lost her battle with leukemia. For over two years, Katie had been writing a story based on the Harry Potter books called Anna Grayson & the Order of Merlin

, assisted by her father Dave. Katie was so passionate about her writing; even while she was in the hospital fighting against her illness, she continued to find strength in her writing. As her father said, "Katie always wanted to be a writer, and she used this forum [at FictionAlley] to fulfill her dreams. Correspondence with those who read and enjoyed her story sustained her even during the worst of times."

Katie finished writing her story six days before she died; her father has continued to upload those chapters onto FictionAlley through the spring.

When FictionAlley's staff learned that Katie had passed, they realised that the best way that the site could honour her memory would be to provide other writers, as well as artists and those who give back to the community, with help in making their dreams come true.

With the permission of Katie's family, FictionAlley has established a scholarship fund in Katie's name. Over one thousand dollars have already been raised from the sale of wristbands

, and from donations from FictionAlley members and their parents, but the site needs to raise nearly five thousand dollars to fund the three scholarships for three years. FictionAlley is confident that they will reach their goal, and so, beginning in 2006, they plan to award one for writing, one for art, and one for community service; each recipient will receive $500 (US) from FictionAlley to use towards his or her education.

It is thought that this is the first time a fansite has created a scholarship program to assist talented youngsters in paying for their education. And FictionAlley's users, and other donors, have come through in their support of the program. "Lady Unicorn" said, "I think this is an amazing way to keep her memory alive," and other fansites, like Sycophanthex and DanRadcliffe.com, have also promoted the scholarship fund.

Site administrator Heidi Tandy says, "So many of us enjoyed reading Katie's story, and we cried when we learned she had lost her battle. We were honoured by the O'Brien family when they agreed to allow us to name the writers' scholarship after Katie, so her dreams can continue to be a part of FictionAlley forever."

), Los Angeles, London, Ann Arbor, Melbourne, Washington DC, Boston, Houston, Reno, Seattle and at least a dozen other cities around the world. They can be purchased for five dollars at those events, or online via http://www.fictionalley.org/wristbands.html