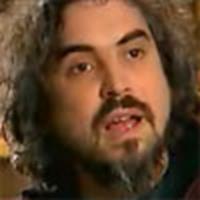 Warner Bros. has released a trailer

for the November 23 release of Harry Potter and the Prisoner of Azkaban on DVD. The preview includes sneak peeks at the 2-disc set's special features, which were previously announced.

J.K. Rowling and director Alfonso Cuarón are interviewed on the DVD. In a "revealing interview", Rowling says of Cuarón: "He's put things in the film that will foreshadow things that are going to happen in the final two books."

Thanks to Alan from Harry's Scrapbook

Also, from MuggleNet: DVD Answers has large imagery of the new cover art

, as well as the new 6-disc combo pack of the first three movies.

Finally, check out this cute promo