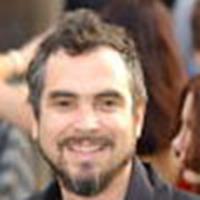 is reporting that Alfonso Cuarón

is set to arrive in Mexico City on June 3rd to give a press conference followed by the premiere of Harry Potter and the Prisoner of Azkaban according to Miguel Mallet of Warner Bros Mexico. The movie will then debut on June 4th in 550 theaters across Mexico, with most of the copies dubbed into Spanish.

According to the article Cuarón will spend two days in Mexico and then venture north to the US to start promoting the third film.

Rough translation of the article is below:

Mexico City, Mexico (April 23th, 2004).- The producer (suppose to mean director) Alfonso Cuarón will arrive in the country on June 3rd to give a press conference and to be present at the national premier of Harry Potter and the Prisoner of Azkaban, his most recent film, that will be released the next day, informed Miguel Mallet, from Warner Bros Mexico.

The Mexican director will remain two days in Mexico, said Mallet, and will return to the United States to follow with the promotion of the third delivery of the saga inspired by novels of J.K Rowling.

Harry Potter and the Prisoner of Azkaban, performed by Daniel Radcliffe, Emma Watson and Rupert Grint, revolves around a wizard that escapes from prison to kill the boy with eyeglasses.

“They borrowed us Alfonso for a few days and we are happy about it, he will come to the premier, whose place is still to be decided and he will offer a conference,” the executive commented.

The launching in Mexico will be simultaneous to the one in the United States, in 550 theatres with most of the copies dubbed to Spanish.