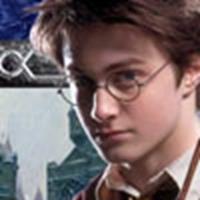 First reported by The Leaky Cauldron

last week and corroborated by a CBBC Newsround report

, the premiere of Harry Potter and the Prisoner of Azkaban looks likely to be held in the U.S., debuting May 23 in New York and marking the first time a Potter movie has premiered state-side, while the London premiere is set for May 30.

The dates are unconfirmed officially by Warner Bros. and tickets are not sold for the events:

Warner Bros, who make the films, won't confirm the dates yet but insiders say those dates are almost definite.

They also don't want people ringing them to try and get tickets because they won't be available to the public.

CBBC also points out that May 30 is Memorial Day weekend in the U.S., when a lot of the country shuts down. That would make a U.S. premiere on that date unfeasible. The following weekend, June 4, is the general release date of the movie in the U.S., UK. See our PoA movie news page for a list of dates around the world.

Update: Further confirmation of this rumor is seen on German site Harry Potter Xperts, where they have posted up an e-mail

Leicester Square theater which says its will be hosting the premiere there on May 30.

has learned that the world premiere will take place at Radio City Music Hall in New York on May 23.