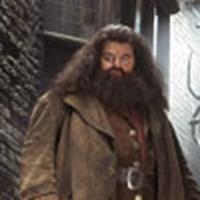 Coltrane speaks about working on 'Azkaban'

, where he speaks about the difference between working with Alfonso Cuaron vs. working with Chris Columbus; the animals he works with for his role and working with kids. This interview was conducted late last year when certain media were invited to the Leavesden Studios but could not be released till now.

Can you talk about the difference between working with [Azkaban Director Alfonso Cuaron] vs. working with Chris Columbus? What does he bring to Harry Potter?

Robbie: He's got a different style of shooting. I think, I mean, you'd have to ask him. I know he was very keen to get out of the studio. [Harry Potter] was very studio-bound. That's the trouble with anything which essentially has a lot of bits that are physically impossible. You're left, stuck, in the studio. And that's a shame. You're making a movie. You don't want it to stay put, you want it to be a movie – to move. And I think he's been very keen to do that.

How about his directing style vs. Chris? Is he more hands on? Does he let you do your thing?

Robbie: You know Chris is always very hands-on ... one of the many things I liked about Chris was that he wasn't one of those directors who sits by the monitor and goes, "Again! No! Again!" Between takes he runs to the set and tells everyone what was wrong, so everyone knows what was wrong. So then you're trying to get it right next time, because you felt that it was an obvious thing that something that the lower director missed. (Everyone laughs.) No names! So yeah, he is very hands-on, and he's very good with the kids, too. I mean they're at a kind of strange and very odd age, 12, 13. So they kind of don't know whether to play with the train set or look at the nudie mags. And so he gets that because he knows exactly how protected they need to be, but he also knows that they are semi-adults.

When the kids were younger, Chris told us that he would have to work with them and get them all ready to go, and then immediately shoot, otherwise they would get distracted. Have things changed for them now?

So they have a little more stamina?

Robbie: Oh, tons of stamina, that's not the problem. It's the matter of directing it. (Laughs.) Believe me, my children have more stamina than a power station. It's a matter of saying "the boots have to go on, and then we have to go to the car, or we will miss the plane." So, he was very good. But also, as an adult, as an adult actor, you are very good at accessing parts of your emotional memory. I mean, that's what you get paid for. But it's quite different with children. You have to really sit down and say, "Do you remember what it was like when you thought you were going to get such-and-such for your birthday, and then it turned out that you got something really sensible like a watch?" "Oh God, yeah." "Well, try and remember that, and stand by, you know, and he was really brilliant with that. Now they're much more ... well, they've lived a lot more. And they have more access to their feelings. It's a different process.