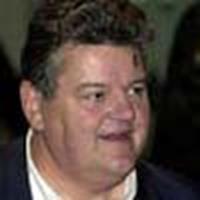 Coltrane confirmed for 'Goblet of Fire'

that he's committed to a fourth movie, but unsure about any more.

Speaking in an interview during a break in filming last fall on the set in England, he said:

"I'm contracted through four. ... Beyond that, I don't know. Never say never again, as they say."

Coltrane added that he has had conversations with Potter author J.K. Rowling about Hagrid.

"I know all sorts of things about his past that haven't been discussed so far, which will be important. I mean, that's all Jo told me. I said, 'Well you can tell me everything about his past, which is important, even if it's not expressed to everyone but me. Even if it's irrelevant to everyone but me, because I think it is relevant if you're going to be a character.' So that's all I know. I know stuff about his past that isn't revealed. But I don't know anything of the plot. I don't want to, either. You know what I mean? I want the fun of finding out as much as anyone."