The owners of Magic Box

, a company that creates music for film and television, are pictured with John Williams on their site's news page. The team is working on a new trailer for Harry Potter and the Prisoner of Azkaban: 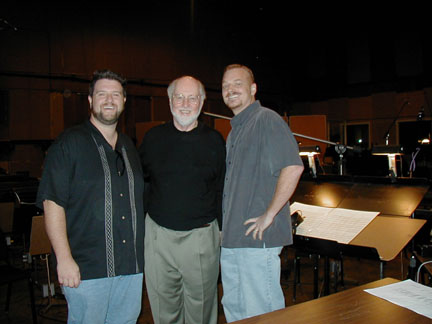 John Sponsler and Tom Gire previously contributed to the trailers for the first two Potter movies. Williams, who turned 72 on Feb. 8, scored the soundtrack.