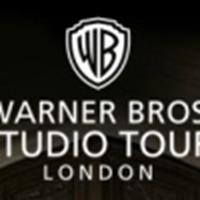 To celebrate the beginning of ticket pre-sales to Warner Bros. Studio Tour London, HPANA joined other fan sites today for a live web chat with select Harry Potter cast members to discuss their memories of working on the set, and being able to share it with fans at the brand-new WB studio in London.

Check out the video below (skip to 7:17-ish for the actual start)!

opens March 31, 2012. You can reserve and purchase tickets starting today. They cost £28 per person.