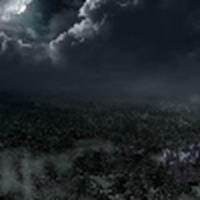 Andrew Williamson, the concept artist behind the Harry Potter films has released several stunning concept pictures from Harry Potter and the Deathly Hallows: Part 1 on his personal website

The pieces, ranging in style and size, feature stunning looks at the coneptual aspect of making the Harry Potter films, showing glimpses of this process from sets such as The Malfoy Manor, Shell Cottage, The Ministry of Magic, as well as other scenes seen in the film.

To see the full range of pictures in our gallery, click here.