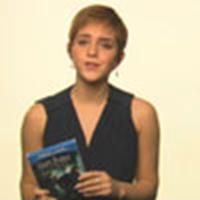 this morning via their Facebook page the UK release date Harry Potter and the Deathly Hallows, Part 1 DVD, April 11. We also have a list of the deleted scenes, featurettes and focus points.

It has also been revealed

that a sneek peek for Harry Potter and the Deathly Hallows: Part 2 will be included on the Blu-Ray addition of the film, which reportedly will be the opening scene from the next film.

The U.S. release date will be

Friday, April 15 and be available on Blu-ray Combo Pack, featuring a hi-definition, a standard definition, and a digital copy of the film, for $35.99 and on Single Disc DVD in widescreen format for $28.98 SRP