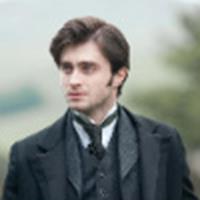 Official 'The Woman in Black' photos with Daniel Radcliffe surface

We interrupt these Harry Potter and the Deathly Hallows: Part 1 messages to bring you the first official photos of Daniel Radcliffe in his upcoming period-horror film The Woman in Black.

The movie is currently set for a 2011 release from Hammer Films.

To find any further information regarding the film, click here

for the official site.