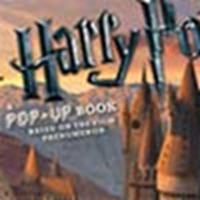 Enter to win HPANA's 'In Your Face' sweepstakes

HPANA is proud to present our In Your Face sweepstakes, where you can win big and see Harry Potter come to life.

Five lucky winners will walk away with the brand-new Harry Potter: A Popup Book

featuring illustrations by Andrew Williamson, the concept artist for all eight films.

One winner will walk into the Wizarding World of Harry Potter at Universal Orlando Resort with four free tickets!

Lavishly illustrated and ingeniously engineered this collectible Harry Potter pop-up brings the wizarding world depicted in the films to life in a dazzling new way that will enchant consumers and have Potter fans clamoring for more. Just in time for seasonal "Pottermania" the pop-up will hit shelves in advance of the premiere of Harry Potter and the Deathly Hallows: Part 1 (November, 2010), making it the must-have Harry Potter gift for the 2010 holiday season!

With five main pops, side pops, and interactive features, the book takes readers on a grand tour of the Harry Potter world, themes or spreads include: Diagon Alley, Hogwarts, Magical Creatures, Magical Sports and Games, and The Dark Arts featuring original artwork by Andrew Williamson, the concept artist for all eight Harry Potter movies.

See Nagini uncoil on the page, witness Harry face the Hungarian Horntail dragon, open Ron's Howler, peek at Hedwig in her cage, and enjoy the many other recreations of the world of the Harry Potter films.