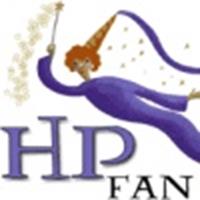 A new itinerary, The Crown Jewel

, promises the most luxurious accommodations, including a stay at the five-star Balmoral Hotel, where JK Rowling actually finished writing Deathly Hallows.

(adult/teen) itinerary has been added -- the first sold out!

to host an exclusive Quidditch Tournament at Alnwick Castle, site of Harry's first flying lesson in the films. Visit their site for more information.

But here's the latest on the standard HP Fan Trips

We've taken the best from each of the seven years of our top-rate HP Fan Trips and created this special itinerary to celebrate the release of the final film in the Harry Potter story. Based on popular demand - we'll be doing some of your favorite things again (a vintage steam train excursion, the hike to Steall Falls, the gala banquet at Edinburgh Castle), and we'll be adding some new elements - including visits to new filming locations from the last two new movies!

Join your friends from past trips! We know how many of you formed great friendships with people you traveled with on HP Fan Trips.

We are customizing trips for groups that traveled together in the past and want to all stay together. This is the perfect opportunity to reconnect - and share the magic with your friends - for the final bash in 2011.

For Harry Potter fans, this is the trip of a lifetime and there's no better year to take this special final trip in 2011 - which culminates around the release of the final Harry Potter movie. HP Fan Trips gives you a "Muggle backstage pass" to travel through time and discover the world of Harry Potter. We've got all kinds of exclusive experiences for fans that will make this one of the most memorable trips you'll ever take.

A representative from Beyond Boundaries Travel/fantrips.travel will be at a vendor booth at the Infinitus conference in Orlando, which begins Thursday. Visitors can stop by to check out the trips and enter to win some prizes!