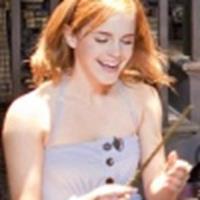 While Universal Orlando Resort will only confirm "special guests," rumors are running rampant about which celebrities will attend the grand opening of the Wizarding World of Harry Potter on June 18.

Will Harry Potter himself, Dan Radcliffe, be there? Billionaire Richard Branson? Legendary film score composer John Williams? The mother of it all, JK Rowling?

is reporting that Harry Potter himself, Daniel Radcliff [sic] and James and Oliver Phelps are coming. They're also reporting that Helana Bonham Carter (Bellatrix Lestrange) and Gary Oldman (Sirius Black) will not be in Orlando.

on Twitter) said a Universal sound technician told him the composer of the films, John Williams, will be at the grand opening with a full choir and orchestra.

is reporting Rupert Grint (Ron Weasley) and Tom Felton (Draco Malfoy) will be here. Tom also visited Universal back when the new attraction was announced.

reports that Sir Michael Gambon ("Albus Dumbledore") will attend the opening ceremonies. (Thanks to TLC

of companies, visited the park

NBC's Today Show will be broadcasting live from the grand opening, and the Ellen show will also be taping a segment.

As for JK Rowling's possible presence at the christening, there is no official word as of yet.