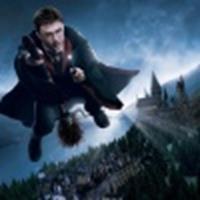 Felton had the privilege of confirming what was already expected by most fans: that the attraction will open in the spring of 2010.

Upon entering the park through the "arches of Hogsmeade," guests will be greeted by the Hogwarts Express and station, and free to roam the 22-acre park situated in Universal's Islands of Adventure:

The announcements were made today by Mark Woodbury, president of Universal Creative; Paul Daurio, producer of the attraction; and Alan Gilmore, an art director from the Harry Potter films.

has been updated with art work as well as video

of the webcast which took place earlier today.