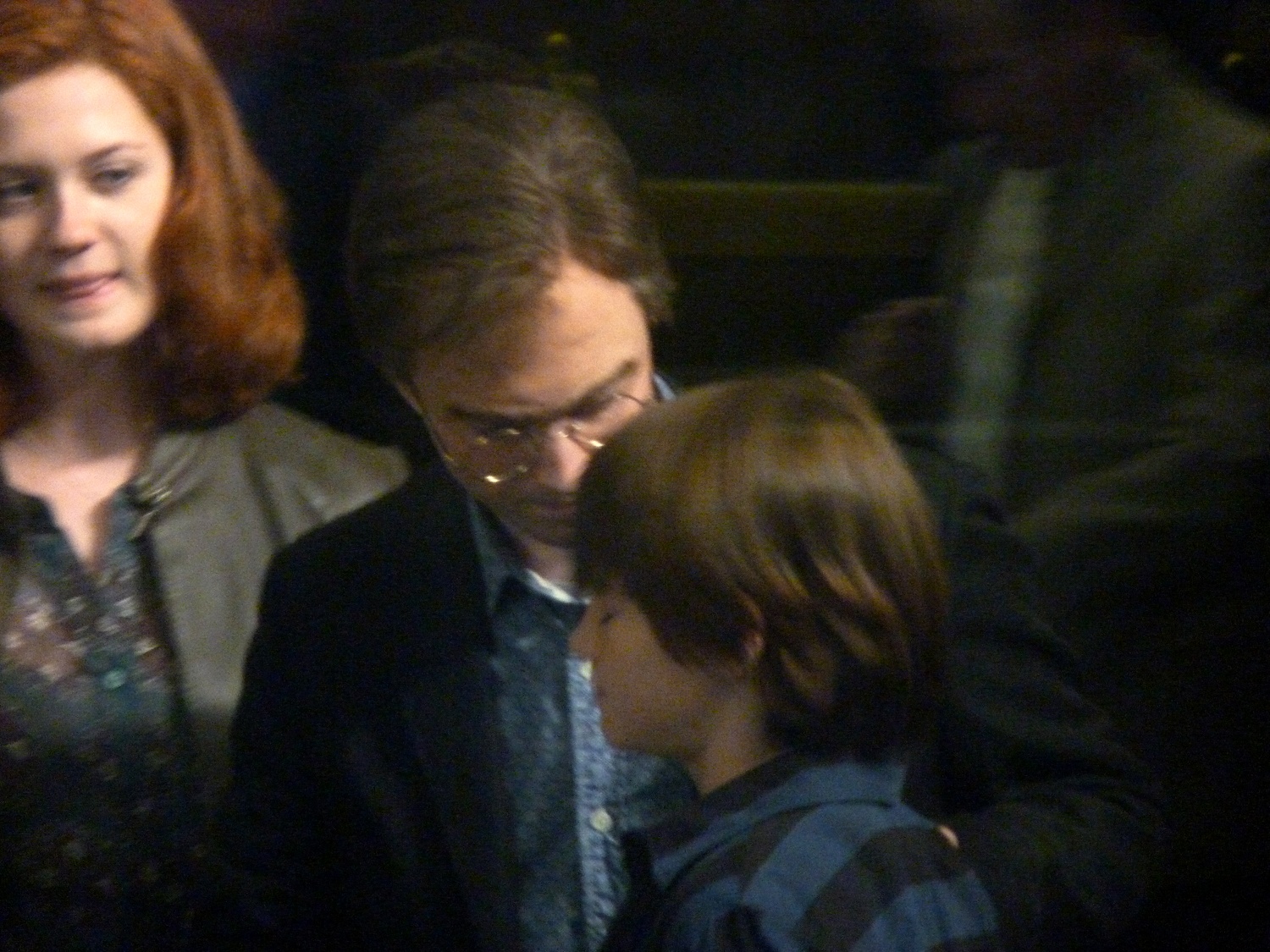 The first shots of "Harry Potter and the Deathly Hallows" filming at King's Cross are here! They show an aged Daniel Radcliffe and Bonnie Wright as their characters Harry and Ginny, with children James Sirius, Lily Luna and Albus Severus in tow. What do you think? Tell us in the comments. Update: Additional photos of the filming are now online.

< Back to Update: First spy photos of 'Deathly Hallows' epilogue filming on HPANA