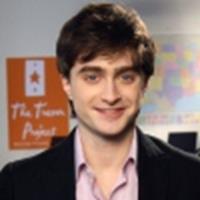 Actor Daniel Radcliffe has appeared in a public service announcement for The Trevor Project, a 24-hour telephone and internet helpline for gay, lesbian, bisexual, transgender and questioning youth to help prevent suicide.

Radcliffe has said in the past he virtually grew up around gay people, so this kind of endorsement should come as no surprise.

"LGBTQ youth suicide is a preventable epidemic, and at The Trevor Project, we know that community education is the key to combating these devastating statistics," said Charles Robbins, executive director and CEO, The Trevor Project. "Because this PSA features Daniel Radcliffe, it has the incredible power to educate communities and spread the word to youth that help is always available and that it is okay to reach out for support."

Daniel Radcliffe has been involved with The Trevor Project since August 2009, when he joined the Circle of Hope, a community of major donors which plays an essential role in the financial leadership that makes the organization's lifesaving work possible, with a significant donation. He has since continued his involvement, taking a tour of The Trevor Project's East Coast Call Center in New York City this February during which he met with staff members and volunteer helpline counselors and also filmed the PSA.

"I believe that The Trevor Project has a universal mission of acceptance that is so profound," said Radcliffe. "If this brief PSA makes even one lost and alone young person aware of The Trevor Helpline and the lifesaving support it offers, then it will have been an endeavor well worth making."