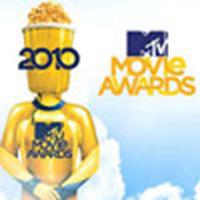 The nominees for the the 2010 MTV Movie Awards were announced earlier today and Harry Potter and the Half-Blood Prince and it's actors Daniel Radcliffe, Emma Watson and Tom Felton have been nominated in various categories.

Also of note, Helena Bonham Carter (Bellatrix Lestrange) has been nominated in the 'Best Villain' category for her work in Alice in Wonderland.

You can also view an interview with Tom Felton here

where he calls the nomination "a massive honor."

You can vote for your favorites here

until Saturday, June 5th. The show will air live on Sunday, June 6th at 9 p.m. eastern (check your local listings for times).

Thanks to Kristen for emailing.