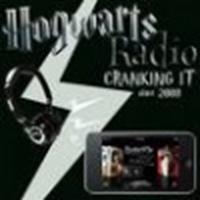 Hogwarts Radio #44: The One With the HOR-crux

Join us for Hogwarts Radio

episode #44 as we discuss the latest news from the Harry Potter world and go in-depth on the end of Harry Potter and the Deathly Hallows.

-It’s another episode of Hogwarts Radio! We’re on a roll!
-Travis Prinzi from The Hogs Head joins us this week.
-Also, Helping Haiti Heal guest host winner Samuel Shaver.
-Harry Potter the Exhibition opens at The Ontario Science Center.
-The Phelps twins are on hand to help open the exhibit.
-Some favourites from James and Oliver.
-Filming starts to wrap for some ‘Potter’ actors.
-We talk about it being the beginning of the end.
-New cool and updates from Hogwarts Radio.
-We talk about the possibility of Deathly Hallows being delayed
-Main discussion: What happened to Harry when he died?
-Was he the conquerer of death for posessing all three hallows?
-Was Harry surviving more metaphorical than actually true?
-Did JKR then effectively make it impossible for Voldemort to ever kill harry himself?
-Greyson tells us a Horcrux is a place in Amsterdam
-Twitter contest in the show wrap
-Much more!

Play in a new window