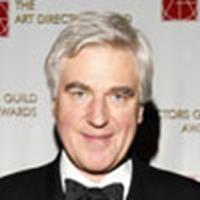 in the fantasy category for Harry Potter and the Half-Blood Prince.

Other nominees in this category include Philip Ivey for District 9, Scott Chambliss for Star Trek, Rick Carter and Robert Stromberg for Avatar and K.K. Barrett for Where the Wild Things Are.

Winners will be announced February 13th at the ADG's 14th annual awards ceremonies at the Beverly Hilton.