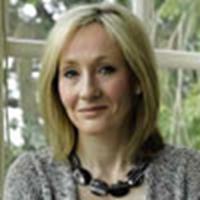 JKR included in Scottish women who have changed the decade list

For her amazing skill as an author and much more, J.K. Rowling has been named

one of the '10 Scotswomen who changed the decade' by the Scottish newspaper The Scotsman:

It is hard to think of a more powerful female figure to have emerged from Scotland in the past decade than JK Rowling. In 2000, Rowling was cementing her position as the world's most popular children's author with her fourth Harry Potter book, which broke all literary sales records in both the US and the UK. By 2007, Forbes magazine had ranked her the 48th most powerful celebrity in the world – not just for her enormous impact on child literacy but for her philanthropic work. Her Volant Charitable Trust

funds disadvantaged children and MS research. She is a vocal president of One Parent Families

, and successfully campaigned for a law change in Romania concerning caged beds for orphans. Whatever she turns her hand to, Rowling has proved she is capable of effecting real change on a global scale.