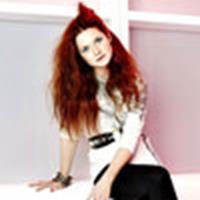 The Weasley's in the news

It would seem that all the Weasley actors were in the news this week. Bonnie Wright (Ginny) sat down to talk

On the kiss in Harry Potter and the Half-Blood Prince she shares with Daniel:

The way it was done was very romantic. Daniel and I have always been good friends, which I think worked in our favour. It’s the only love scene I’ve filmed, but I imagine if you had to do one with some random person that you had no relationship with, it would feel very strange. My character initiates the kiss, which is great because it gives this power to girls and shows that it’s OK to be the one who makes the approach.

On fans finding her in the strangest places:

You can be on holiday abroad, in a tiny village in the middle of nowhere, and someone will recognize you, and you just think, ‘How far has this spread?’ Then, all of a sudden, it became a bit daunting. I’ll be out shopping, and all it takes is for one person to recognise me and it can get scary.

While the twins, Oliver and James Phelps (Fred and George) spoke in a radio interview

about working on the movies for over 10 years and finally, Rupert Grint (Ron) participated in a photo shoot

as one of his favorite movie characters.

for the audio interview with Oliver and James and RG.net

for the scan of Rupert.