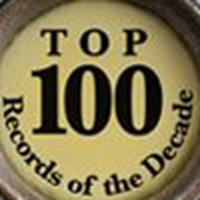 Once again Harry Potter hits a record. In fact, according to Scholastic and the Guinness World Record keepers and Twitter the last decade has been a great one for J.K. Rolwing, the books and movies and a certain young actress.

Accord to the Guinness World Record keepers for the last decade, the record

for the 'Highest Earnings for a Children's Author' is held by the one and only J.K. Rowling. According to the web site:

With each book in the series proving progressively more successful than the last, and with each inspiring a highly successful movie in its turn, Rowling has become, by some margin, the most successful author of children’s books.

the record for 'The Highest Grossing Actress in the 2000s':

In addition to that news, Scholastic, the U.S. publisher of the Harry Potter series just released the news that the last decade (2000-2009) was definitely the decade for Potter:

Some of the achievements include

July 17, 2005 --6.9 million – copies sold in the first 24 hours following the release of Harry Potter and the Half-Blood Prince, breaking all publishing records.

July 21, 2007 --12 million – the record-breaking initial print-run of Harry Potter and the Deathly Hallows.

July 22, 2007 --8.3 million – copies sold in the first 24 hours following the release of Harry Potter and the Deathly Hallows, breaking all industry records.

October 15-19, 2007 -- 2,000 – books signed by J.K. Rowling at each of four free events on the Open Book Tour, where J.K. Rowling read, from Harry Potter and the Deathly Hallows and answered questions at the Kodak Theater in Los Angeles, the New Orleans Convention Center and Carnegie Hall in New York City.

And finally, the Harry Potter movies was in the number one

for letting us know that Total Film designated

the Potter movies as the 'Franchise of the Decade' in their special year end issue. The special issue will feature 10 different versions of their cover, with Harry Potter on the eight cover. The magazine will also feature Rupert Grint dressed as Napoleon Dynamite, one of his favorite film characters.

Expect additional lists to pop up as we end 2009.