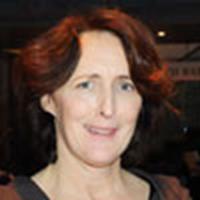 Some new interviews with the cast members of Harry Potter have appeared online. In the run up to the release of the Harry Potter and the Half-Blood Prince DVD Tom Felton, Matt Lewis, Evanna Lynch and Jessie Cave as well as Ms. Fiona Shaw spoke to the press about the movies and more.

with actress Fiona Shaw, Ms. Shaw discusses filming the Potter series over the last 10 years as well as filming the last installment.

aging in Deathly Hallows as well as current

filming of the movie. Tom also gave another interview where he mentions

his visit to Hot Topic in New Jersey while promoting Half-Blood Prince and what he will be doing in the future. And, in yet another

interview he discusses the final movie wrap party, hearing that Dan would be naked in Deathly Hallows and being asked all the time how was it to work with Robert Pattinson in Goblet of Fire.

In addition to those interviews, the SnitchSeeker exclusively interviewed

cast members Tom Felton, Matt Lewis, Evanna Lynch and Jessie Cave at the HMV OxfordStreet store Blu-ray release of Harry Potter and the Half-Blood Prince. During the interview we learn that Evanna lent her hand in decorating the Lovegood house, what they participated in for the extras on the DVD and much more.

for some of the links.