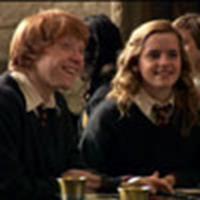 An additional video from the Harry Potter and the Half-Blood Prince DVD has appeared online. The piece called "The Pitfalls of Teenage Love" has been released on iTunes and YouTube and includes interviews with various cast members.

You can watch via iTunes to view it (you must have iTunes installed) or below thanks to YouTube:

The Harry Potter and the Half-Blood Prince DVD will be released in the U.S. on Tuesday, December 8th on multiple formats.