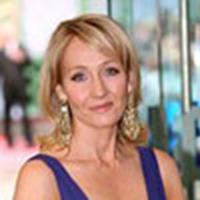 Two new awards can now be added to the numerous awards that Harry Potter author J.K. Rowling has received during her lifetime. Ms. Rowling is the recipient of the new H.C. Andersen Literature Prize as well as the lifetime achievement award from DQ Entertainment.

The Danish H.C. Andersen Literature Prize, which is given every two years, is awarded in recognition

of a "lasting contribution to children's literature." JKR will accept the award next year by going to Odense, the birth place of the H.C. Andersen.

ceremony was held in Cannes on October 4th and the lifetime achievement was awarded to J.K. Rowling for her outstanding contribution towards children entertainment.