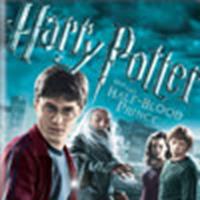 More information will be released shortly on what exactly will be included on the DVD.

UPDATE: Thanks to UHP

for letting us know that the DVD will be available in France on November 18th.

Warner Home Video has picked Dec. 8 for the DVD and Blu-ray Disc releases of Harry Potter and the Half-Blood Prince, the sixth installment in the popular franchise.

That same day Warner will release the first two Harry Potter films as “Ultimate Editions” on both DVD and Blu-ray Disc, both with new features and collectibles.

For Half-Blood Prince, the Blu-ray will include Warner’s new Maximum Movie Mode feature, which first debuted with Watchmen July 21. The interactive experience allows viewers to examine the film as it plays via features such as “Focus Points,” photo galleries, and picture in picture, and includes commentary from director David Yates, producers David Barron and David Heyman and stars Daniel Radcliffe, Emma Watson, Rupert Grint and Tom Felton. BD Live features, such as “My Commentary,” “Live Community Screening” and Facebook also are included.

The Blu-ray combo pack also has a standard-definition DVD copy of the film as well as a digital copy at $35.99.

The DVD editions come in single-disc ($28.98) and two-disc ($34.99) options, and both the Blu-ray and two-disc versions will include two lengthy behind-the-scenes featurettes, including one focusing on the last year of writing the Harry Potter books with author J.K. Rowling; two smaller, cast-centered featurettes; deleted scenes and a look at Universal Orlando Resort’s new Harry Potter attraction. The two-disc DVD also includes a digital copy.

As for the ultimate editions, Warner spared no expense with Harry Potter and the Sorcerer’s Stone and Harry Potter and the Chamber of Secrets, with new, one-hour featurettes for both, which will combine with six future one-hour featurettes to complete an eight-hour documentary about the process of bringing the franchise to film. The upcoming final two films in the saga will be based on the seventh Potter book.

The ultimate editions will feature theatrical and extended editions of the films, 48-page collectible photo books, new introductions by cast members, never-before-seen footage of cast screen tests, completely new featurettes, as well as featurettes from earlier DVD releases. Both DVD and Blu-ray offerings of the ultimate editions will include digital copies, and the Blu-ray versions will include In-Movie Experience modes with director Chris Columbus, which includes picture-in-picture, storyboard comparisons and still galleries, as well as Warner’s Maximum Movie Mode option.