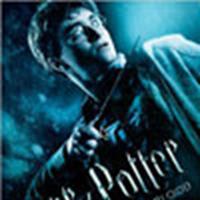 As we reported to you last month, Harry Potter and the Half-Blood Prince is set to be released on DVD and Blu-Ray on December 7. We now have some information on what we can expect to see in the DVD package.

According to information provided by Play.com

we can expect a two-disc release, including a bonus and digital copy of the film, for both Blu-Ray and DVD.

The material to be released with the bonus disc has yet to be announced, and we will update you when that information becomes available.