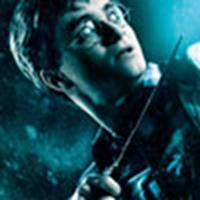 In its first five days in domestic release in the U.S., Harry Potter and the Half-Blood Prince grossed

$158 million, while having the biggest overseas opening of all time with $237 million worth of tickets sold.

UPDATE: To add to the amount of money that the movie has taken in, it also broke a record

by taking in $3.6 million from 62 international IMAX theaters.