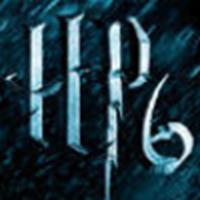 Amid massive amounts of promotional material for the upcoming Harry Potter and the Half-Blood Prince, MTV has released