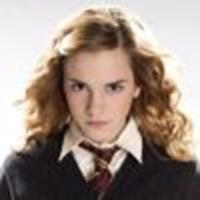 In a new interview by Film Review Online

Watching it, what really stuck out for me was Ron’s Quidditch scene that was so funny, I was in stitches, Rupert’s comic timing is just brilliant and he’s so funny. Making it, Jessie Cave, who plays Lavender Brown, we had a lot of fun together, and there’s a great scene where Hermione and Lavender are fighting over Ron and we had good fun doing that.

Later on in the interview Emma was also asked whether or not she or any of her co-stars had fun poking fun at Rupert Grint for his first kissing scene for the Harry Potter series to which she replied:

Not really, he’s so laid back, he didn’t seem that embarrassed about it. Maybe he was. He’s just such a lovely guy. I certainly didn’t tease him about it.