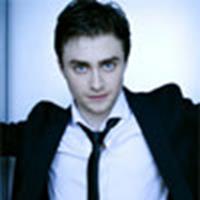 Daniel Radcliffe thrilled that 'Deathly Hallows' has been spilt

With the release of Harry Potter and the Half-Blood Prince just 14 days away the web is awash with new interviews. In this one with Daniel Radcliffe discusses

the lack of darkness in the sixth movie and that he is thrilled that the last movie has been spilt into two movies, brimming with darkness and with working with Michael Gambon.

There's loads of darkness and not many laughs there, so David said it was best to give the audience as much comedy as we can while we can. There are huge opportunities for comedy in the sixth film and we use all of them, even though my natural inclination is not towards that. I love watching comedy but doing it is something else.

I'm very happy that the seventh book is being made as two films because I was worried they would have to cut important scenes. For example in the fourth film you could cut out the house elf sub-plot and it doesn't affect the main story in any way. In the second film they cut out the Nearly Headless Nick Death Day Party. In fact that whole character has fallen by the wayside. The problem with doing that with the final book is that there is nothing that doesn't relate to the main story or drive it forward. There's not much you could cut. So we've given ourselves the room and opportunity to do it justice.