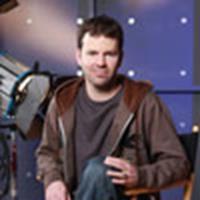 To follow-up on their first article

leading up to the release of Harry Potter and the Half-Blood Prince, the LA Times have released an interview with

Tim Alexander, the visual effects supervisor at Industrial Light & Magic who is responsible for bringing the Inferi to the screen.

Some information from the piece is below:

So how many Inferi lie in the lake?
A couple million? Above water, you’d probably see about a hundred at a time. But when Harry gets dragged into the lake, there is a whole underwater environment…and it’s actually covered in bodies. It’s all just ... bodies crawling on top of each other, and that’s how you get into the millions.

Tell me about how the Inferi look. How did the design come about?
The art department on the film gave us a lot of references, like Dante’s "Inferno," where they have all those bodies. The Inferi themselves are very skinny and emaciated people. Very humanoid, but way skinnier than humans could be. Waterlogged and gray. We used the old lady that comes out of the tub in ‘The Shining’ as a reference. Most of the Inferi are adult, but we did also build two children, too.